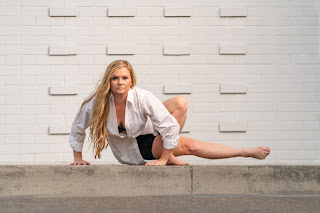 Dieca W. Jones is a dance educator and artist, currently based in the Dallas/Fort Worth area of Texas, and is the Dance Department Director for Haltom High School in Birdville Independent School District. Her work brings together aspects of dance, research, education, place and activism. Her current projects focus on the built form of architecture and how bodies simultaneously create place and meaning through movement. She seeks to take audience members from a stance of observation to participation, begging the question of how much choice and ultimately responsibility we have within the world we live. Recent works include Muro Fronterizo, a site-specific dance work in collaboration with North Texas Dream Team, exploring the issues and complexities of immigration in her own back yard. Squaring the Circle,explored the essence of home within a practice as research method of art making. With a strong interest in education and social engagement Jones seeks opportunities to connect with other like minded artists, participating in Ana Sanchez-Colberg’s global participatory event Seven to the Seventh which connect artists and participants across cities and communities and will also be continuing dialogue with her mentor in the upcoming project 1(-1) Materiality of Exile. In this dialogue of practices Jones will consider the relationship of temporality through the age of the body in comparison and contrast to the LatinX youth she works with. How are their stories of migration quilted with those of the older generation? In addition as an outside witness and ally, she will investigate her role in the larger scale of society. Archives and current works by Jones can be experienced at www.dwjonesdance.com. 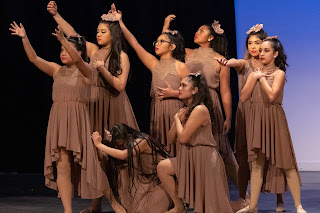 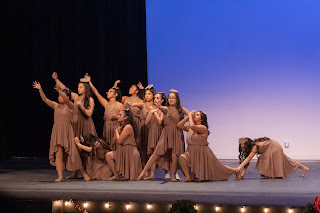 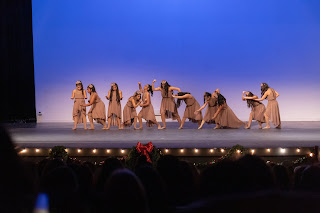 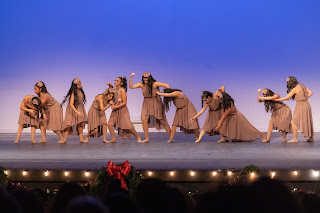 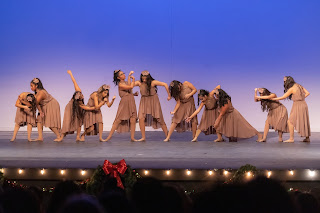 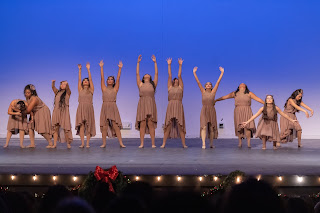 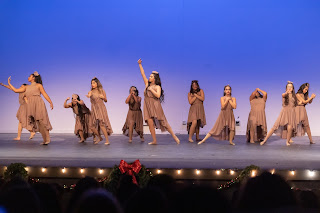 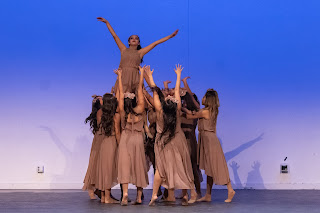 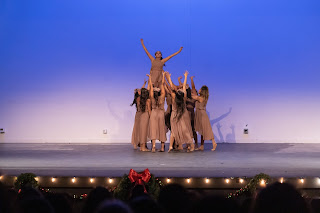 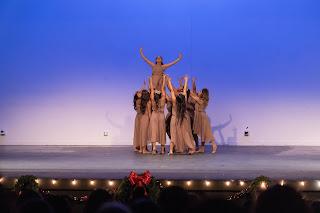 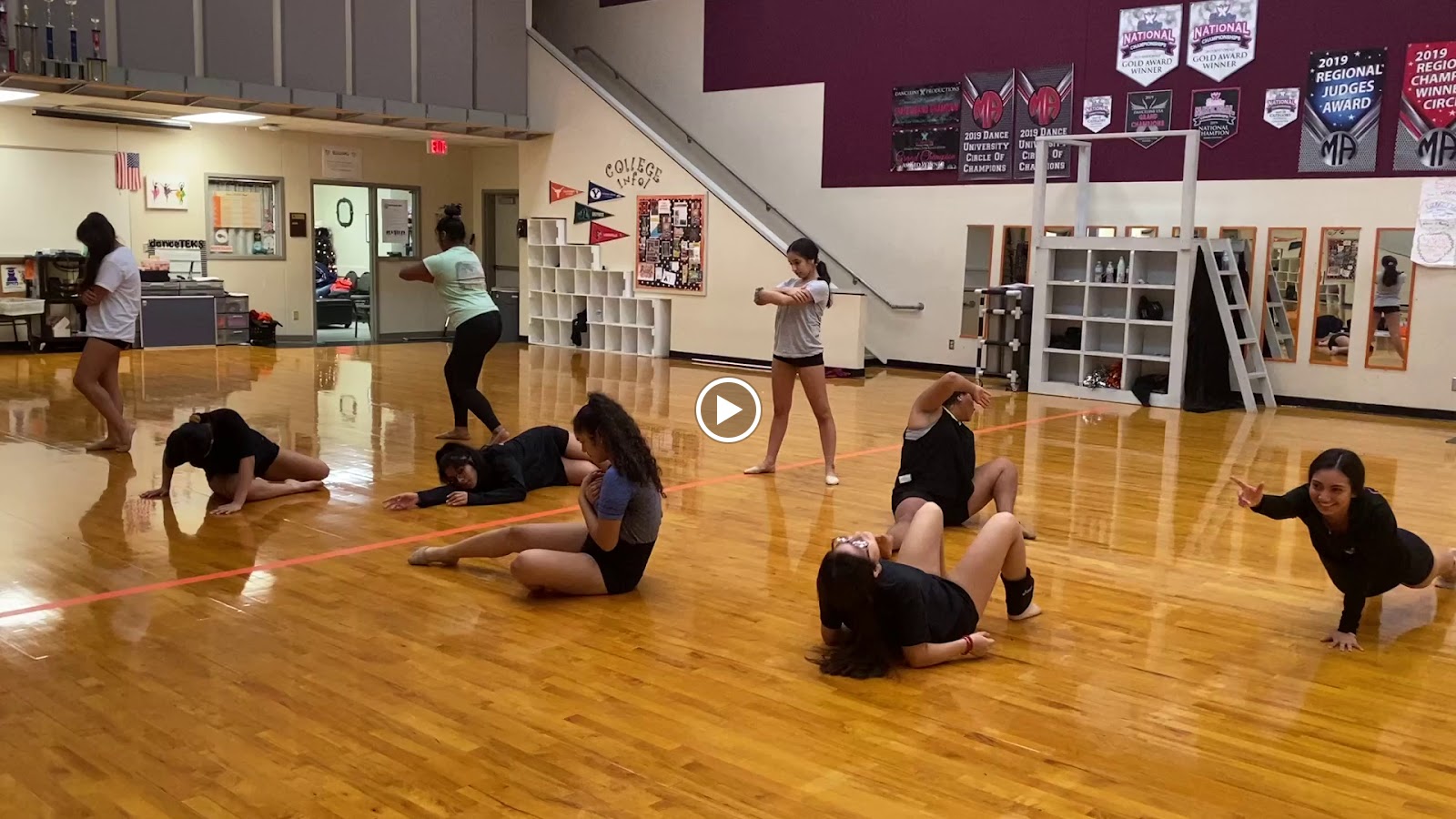 We've met briefly several times, each time doing varied movement tasks based on some connection to the project. The effort is to build a score based on the materiality of the body as both subject and object of exile as inspired by the project. This specifically is an investigation into how assimilation occurs while simultaneously keeping a sense of authentic self.

I interviewed and audio recorded each of the participants on 11.18.19. I first asked them 11 questions of my own as an introduction to understand the context of the prompts that Ana originally gave the 11 Joshua Tree participants.  When I gave the original prompts I asked that they respond in Spanish. Normally we converse in English but I was compelled to make this request because of a conversation I was having with Ana in terms of the audio score of the original 11 women. I as an English speaker have a limited capacity to understand Spanish fully. I thought this was an interesting and appropriate layer upon the layers. What was interesting was initially there was a care for me that I did not expect, them wanting to make it easier for me to understand. Eventually I had to start saying "don't worry that I don't understand you". They giggled and then proceeded to feel comfortable to answer in Spanish. Also it was interesting that some of them didn't feel that comfortable...they could speak the language but it was a process that didn't feel natural to some of them. I am processing all that they have shared with me. I feel responsible to keep their stories pure, to ask questions that curate rather than lead. This is about them and their families migrations and exiles.

Some of the students were able to meet the group via phone and that was quite a moment. I couldn't understand most of what was said. But I could feel the warmth and connection. 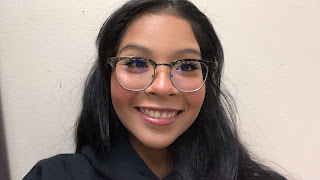 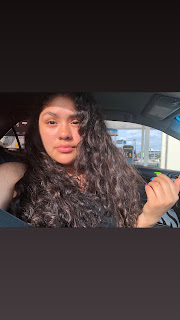 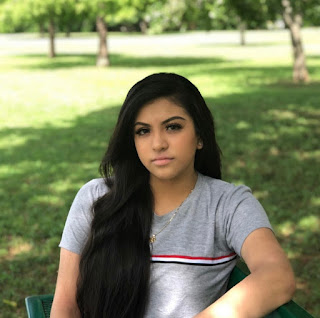 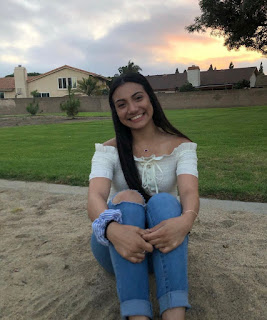 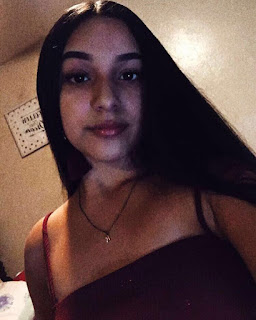 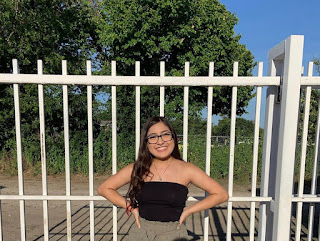 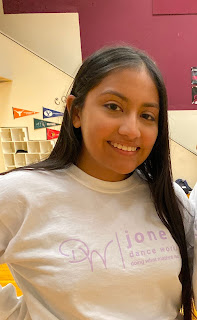 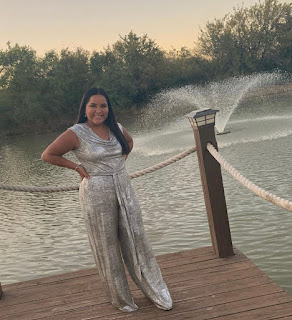 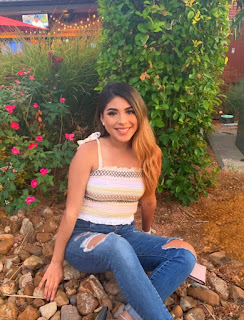 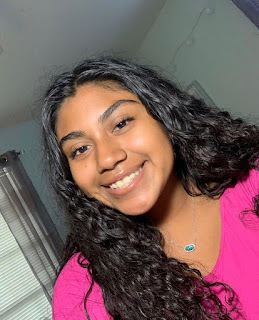 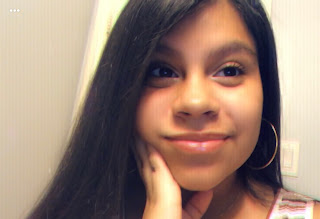 Still unfolding in their minds and bodies


As I wait for consent forms for my students to come in I consider “Exile”. The violence, the literal visceral tearing of the word, the breaking apart of body and land, space, place. For the exiled there is no choice, there is a necessity, a forced decision which is no decision at all.

When I ask my students if their parents were born here they answer and look me in the eye….when I ask if they are citizens they look away and pause…It startles me, there is a shame that should not be there. The situation is so loaded that I immediately regret asking the question…even though they know I am an ally.

Last week I had a student teacher come observe my classes to complete hours she needed for her accreditation. Amongst small talk we found commonalities, we had both done undergraduate work in Utah, knew some of the same people. I learned that her family migrated from Columbia. I was curious because through my study regarding immigration law I know how difficult it is to legally come to this country from Columbia. She told me that her father was a mechanic and that he was being forced to place surveillance equipment on US trucks he was working on. When he refused he was kidnapped and the family was threatened. Her family was able to come to the US through seeking Asylum.

You hear people say “why don’t they come legally, get in line, do it the right way”. What they do not understand and do not take the time to discover is that there is no “line” for certain countries.

Our system is broken, it has been broken since the laws were made, favouring European migration over those countries who are home to brown bodies. I found this out when my students' parents started being detained and deported en mass after Trump took office. I saw the fear in their eyes and the tears and stress it caused. I researched. I looked. I found a broken system that does not support what I thought the American Dream was supposed to be about.

The following poem resonates in so many that I know.

no one leaves home unless
home is the mouth of a shark.

you only run for the border
when you see the whole city
running as well.

your neighbours running faster
than you, the boy you went to school with
who kissed you dizzy behind
the old tin factory is
holding a gun bigger than his body,
you only leave home
when home won't let you stay.

no one would leave home unless home
chased you, fire under feet,
hot blood in your belly.

it's not something you ever thought about
doing, and so when you did -
you carried the anthem under your breath,
waiting until the airport toilet
to tear up the passport and swallow,
each mouthful of paper making it clear that
you would not be going back.

you have to understand,
no one puts their children in a boat
unless the water is safer than the land.

who would choose to spend days
and nights in the stomach of a truck
unless the miles travelled
meant something more than journey.

no one would choose to crawl under fences,
be beaten until your shadow leaves you,
raped, then drowned, forced to the bottom of
the boat because you are darker, be sold,
starved, shot at the border like a sick animal,
be pitied, lose your name, lose your family,
make a refugee camp a home for a year or two or ten,
stripped and searched, find prison everywhere
and if you survive and you are greeted on the other side
with go home blacks, refugees
dirty immigrants, asylum seekers
sucking our country dry of milk,
dark, with their hands out
smell strange, savage -
look what they've done to their own countries,
what will they do to ours?

the dirty looks in the street
softer than a limb torn off,
the indignity of everyday life
more tender than fourteen men who
look like your father, between
your legs, insults easier to swallow
than rubble, than your child's body
in pieces - for now, forget about pride
your survival is more important.

i want to go home, but home is the mouth of a shark
home is the barrel of the gun
and no one would leave home
unless home chased you to the shore
unless home tells you to
leave what you could not behind,
even if it was human.

no one leaves home until home
is a damp voice in your ear saying
leave, run now, i don't know what
i've become. 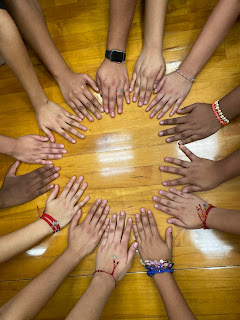 14 = 11 + 3.....These are the gems, the descendants of migration. Mexico, Guatemala, Honduras, Puerto Rico, and the Democratic Republic of Congo.  The very hope and dreams of a people who risked everything for a mere chance that these hands would have a better chance, an opportunity, a life beyond what was known by their parents. When I told my students about the project and the opportunity these hands and many more were raised. "I have a story"...."My parents had to..." "They told me.." "I remember when...". So many stories and personal narratives of immigration and migration that they are eager to share, literally pouring from them readily. They are the embodiment and materiality simultaneously and beautifully of migration stories. As Ana states a compound formulation. Here is a start. My facilitation of a response is open ended and we will see where how it all unfolds. I have chosen students ranging in ages from 14-18 years of age and all having a relationship to migration within their close family unit.  In an attempt to be in line with the project as much as possible I am keeping certain aspects the same. This will be a collaboration with my students, these are their experiences and stories to tell and I am only here as a facilitator with a curatorial sense. As I already have a relationship with these students they are familiar with my methods and know my care and devotion to them as human beings. There is trust there, they understand that I honor them where they are and where they have come from. We discussed the project and the possible implications of appropriation through the project. Informing them serves the purpose of giving them the knowledge to advocate for themselves in the future as well as in this current project. The next step is to give them 11 triggers similar to the ones Ana gave her 11 participants. Each student in conjunction with a custodial parent will sign a consent to participate in the project. There are many correlations, disruptions, dialogues, and connections that will emerge and inform how our process continues.